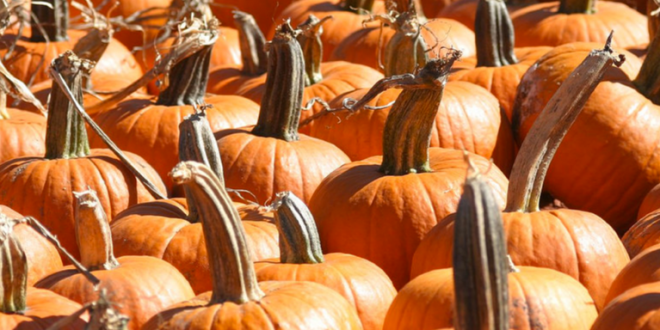 Halloween is an outlier among our holidays.  Neither religious nor patriotic, there are no Halloween songs, officially anyway.  But there are songs that seem seasonal for their `spooky’ connotations.  Do you have a Halloween playlist?  What follows are selections from mine.

The first isn’t spooky at all, unless you know its backstory.  “The House Carpenter” as recorded by Tennessee singer-banjoist Clarence Ashley in 1930 is a lean narrative of seduction, betrayal and tragedy.  Ashley plays his banjo at a gallop and leans into the song with urgency as he sings of former lovers reunited after the woman has married a carpenter and borne his child.  Her seafaring ex-lover tempts her to abandon them with a promise of a better life across the sea.  After they’ve set sail, she voices remorse, and the ship sinks “to rise no more.”  Taken at face value, it’s a cautionary tale shorn of moralizing: bad behavior begets a bad end.  Ashley’s propulsive delivery illustrates the point without shaking a finger of scorn.  Above all else, he makes it a ripping yarn.

His “House Carpenter,” like most Americanized Anglo-Scots ballads, strips away all nonessential elements: the song is pure bone and muscle.  Ashley learned that and other old ballads from his mother, who sang them to pass the time while doing chores like making molasses: “lassy-makin’ tunes,” she called them.  That lends a charming quaintness to a song like “House Carpenter,” its sinister side seemingly drowned in the transatlantic crossing.  Back in the Old Country it had once been “The Daemon Lover,” the tempter being not simply a silver-tongued rake but a ghost (at best) and, at worst, the Devil incarnate.  In the most melodramatic versions the seducer’s sinister nature is shown when his cloven hoof splits the ship to sink it and drown the enchanted lady, doomed to follow him to Hell.  All that brimstone stuff was edited out by the time the 20th century took hold in Appalachia, or mostly.

Like the better-known “Gypsy Davy,” “The House Carpenter” was originally a song about a woman yielding to enchantment.  That’s at least implied in the version Annie Watson recorded around 1960 with Gaither Carlton on fiddle.  (Mrs. Watson was the mother of the singer-guitarist Arthel `Doc’ Watson, and Carlton was his father-in-law.)  While Ashley’s song galloped breathlessly to its characters’ doom, his North Carolina neighbors’ later rendition is hypnotic and stately.  It suggests there may be more than garden-variety greed and lust at work here—an air of being spellbound looms.  For those of us far removed from the world of oral tradition that not only begat the ballads but in which the Watsons and Ashleys lived, part of the attraction of their performances is in knowing what’s not stated and in wondering just how much of that knowledge the singers shared.

If you were to single out one musical genre for Halloween material, you’d do well to go to the blues.  There are devil songs aplenty, not to mention Hellhounds and hoodoo women, haints and hexes.  African roots contributed to this otherworldly abundance, as did the penchant of some blues singers to mine the recesses of their unconscious.  Blues was never monochromatic: the folk blues artists of the 1920s singing on street corners for tips were stylistically and economically in a different world from the elegant women who sang to jazz band accompaniment on the black vaudeville circuit.  `Empress of the Blues’ Bessie Smith was the queen of these so-called `classic blues’ singers, and in her heyday could command the best accompanists and songwriters.  Spencer Williams was a composer in the vanguard of black songwriters making their mark on American popular song in the years after World War I.  Best remembered for “Basin Street Blues” and “I Ain’t Got Nobody,” Williams was a prolific writer who brought a striking work to Bessie Smith in 1929, one worthy of inclusion in any lyrical Halloween Hall of Fame.

Like “The House Carpenter,” it’s a narrative of a mythic journey. “Blue Spirit Blues” grabs you hard with its opening line: “Had a dream last night that I was dead…” It’s no dream of Heaven: “The Devil came and grabbed my hand,” Bessie moans, “took me way down to that red-hot land.”  Williams had a lurid imagination (he wrote one of the first dope songs, “Pipe Dream Blues,” in 1918), and Smith’s gripping delivery of his horror show is strengthened by the syncopated but unobtrusive piano of the great James P. Johnson.  A jazz band would have gotten in the way of this wild tale alight with Hellish torments: “Fairies and dragons spitting out blue flame,” marvels Bessie, “Showing their teeth, for they was glad I came!”  The gruesome horror show continues (“demons with their eyelids dripping blood…”) till Smith is awakened.  Unlike songs where dreams of Hell lead to a sinner’s redemption, such as the cowboy folk song Chuck Berry reworked as “Down Bound Train,” “Blue Spirit Blues” has no moral to impart: it’s just a spectacular nightmare, as well as a terrific performance of an imaginative composition.  It’s not one of the songs most associated with Smith, yet there are a surprising number (and variety) of covers to explore on YouTube, from folk country artist Hoyt Axton to Goth avant-gardist Diamanda Galás.  Be warned: hear too many and you may have nightmares, too!

The final entry in my Halloween hit parade comes from a far different place than that of either the folk ballads or the blues.  Nearly 40 years after Bessie Smith’s “Blue Spirit Blues,” an English band called The Fleur de Lys and singer Sharon Tandy recorded “Daughter of the Sun.”  Neither the band nor the singer had much success, despite making some very strong recordings.  This one stands out for  its hard-edged drive, the singer’s sly delivery, and the lyrics: “I look into the mirror and it cracks from side to side,” sings Tandy, “When I go out the children run and hide…”  She proudly catalogues all that makes her witchy, a feminist Wiccan equivalent to Bo Diddley proclaiming all that made him bad in “Who Do You Love” (“I walk 47 miles of barbed wire, I use a cobra snake for a necktie…”).  With the band roaring, a searing guitar solo, and Tandy’s insistent vocal, this is a terrifically in-your-face psychedelic rock single, one that sank with little trace when released in 1968.  Nearly a half century later, it dispels the notion that the best the era’s acid occultism could inspire was Hair.  And it comes across as an empowerment anthem with a hint of whimsy: “I’m the daughter of the sun, I’m the sister of the moon,” Tandy declares, “I can jump upon my broomstick and be with you soon.”  The song has fun with the notion of witchery, and isn’t id-enriched fun the whole point of Halloween?

Join Mark Humphrey the 4th Saturday of most months for a mix of music on KPFK’s Roots Music & Beyond, Saturdays 6-8 a.m. 90.7 fm. The show is archived for two weeks after broadcast at KPFK’s website.
Previous Rumble
Next Blues Images, Still & Moving